Posing the question of what constitutes the most aggravating sound in the world would plausibly yield almost as many results as study subjects (although you might get a greater number of people advancing “Achy Breaky Heart” as the indisputable answer).  The human brain is not “one size fits all;” and different people will be annoyed by different things—a 2002 study, for instance, found that introverts and extroverts react differently to different kinds of noise.  According to Dave Barry’s maturity quiz, mature people will change the station to one playing “Feelin’ Groovy” when “Jumpin’ Jack Flash” comes on, whereas, immature people will “crank the radio volume all the way up and do the Car Dance…using the cigarette lighter as a microphone while gradually pressing down harder and harder on the accelerator, so that when you get to…‘Jumpin’ Jack Flash is a GAS GAS GAS’ you are going at least 85 miles per hour, even inside your garage.”

Different strokes notwithstanding, there is some common ground that is generally applicable to personality types across the board regarding the types of noise that cause the most distraction.  On some level, all humans are physiologically geared to respond in certain ways to certain noises and noise sources.  Those sounds most commonly conducive to distracted driving are listed below: Ironically enough, the guarantor of mankind’s survival is also linked to distracted driving accidents:  children’s whining and crying babies are the top most distracting noises.  What’s more, having another person in the car to quiet the children so the driver can focus may only contribute to their abstraction, as “Motherese”—baby talk—comes in third on the list of most distracting sounds.  Communication between parents and young offspring takes place on a frequency that is especially audible to the human ear and, therefore, almost impossible to ignore for all but the most seasoned public school bus drivers.  The distraught caretaker should seriously consider pulling over to attend to moaning children before completing their drive.

Much has been made of a recent British article that lists the safest and most dangerous songs to drive to.   Topping the list is a Black-Eyed Peas song called “Hey Mama.”  The rest of the Top 10 are, similarly, relentlessly loud and/or repetitive.  The conductors of the study concluded that Hip Hop discourages safe driving more than any other genre (in spite of the fact that Hip Hop did not dominate the list) because those who listen to it tend to have elevated blood pressure.  While the link to Hip Hop as a specific culprit is tenuous, another study yielded like results:  music that raises blood pressure, be it Hip Hop, Rap, or Rock, is more likely to promote driver aggression.

The British analysts that charged “Hey Mama” with corrupting drivers also claimed that classical music leads to distracted driving.  A study by Halfords listed Rachmaninoff’s “Prelude in C Sharp Minor” as the 5th most distracting song to drivers.  This seems counterintuitive, but perhaps logic can imply what the results do not elucidate:  Aside from blood pressure elevation, the top predictor of a song’s/genre’s distractibility is its predictability.  Hip Hop is distracting because it makes people want to do the “Car Dance” Mr. Barry speaks of; and it is danceable because it follows a simple pattern.  Classical music, by contrast, requires more of the brain than the ability to keep in rhythm.  While it may not get feet tapping, it is more cognitively engaging.

The evidence of classical music’s distractibility is thin.  Yet, a good rule of thumb is this:  if it sends you into a reverie, you probably shouldn’t drive to it.

This should come as no surprise—lullabies have been deliberately used for thousands of years to lull children into slumber.  In fact, a modern technique called “IPod Intervention” is used to calm children receiving emergency medical care, even putting some to sleep, while they undergo painful and frightening procedures.  There are many songs that may qualify as lullabies; anything a person habitually uses to relax may condition them to drift off.  Whether someone’s personal lullaby is performed by Raffi or Taylor Swift, they should think twice about driving to it, particularly if they are already drowsy.

According to a new study, intermittent noises are more likely to cause distracted driving accidents than constant cacophony.  The average driver can more easily tune out prolonged volume than sporadic outbursts, which require them to re-adapt to them each time they appear.  (This may explain why toddlers’ whining is more distracting than an infant’s wailing.)  Many such disruptions cannot be avoided when they come from construction and obnoxious drivers.  All too often, responsible drivers must simply grin and bear it.

Whatever distracted driving accidents you are able to avoid by tailoring your playlist for your road trips and packing extra pacifiers, other drivers cannot always be trusted to drive free of distraction.  Whether you are an introvert or an extrovert, a fan of Simon and Garfunkel or The Rolling Stones, every drive comes with a certain accident risk.

However, the risks inherent to driving do not obligate responsible drivers to grin and bear the consequences of distracted driving accidents that were not their fault.  If you or a loved one has been seriously injured in a car accident, and the other driver is uncooperative, you may need a personal injury attorney to help you get through to them (and, pertinently, to the compensation you need to recover).  To contact the best distracted driving accident attorneys in utah, callGood Guys Legal at (801) 506-0800 for a free consultation. 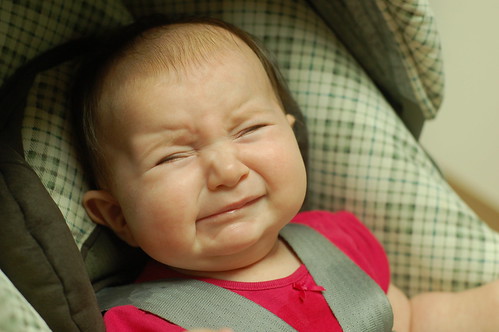